Brazil was once covered with immense forests sheltering fauna and flora of an extraordinary variety. Biologists from all over the world have listed millions of animal and vegetal species.

Nevertheless, for centuries this country has been suffering from an intense deforestation that has only gotten worse during the last decades. The main causes of this deforestation are extensive cattle rearing and industrial plantations.

In certain municipalities, more than 90% of the lands have been deforested. These operations have weakened the hydric basin, causing such important erosion that the soil is on the verge of desertification. For this reason, the once flourishing traditional family agriculture is now often abandoned.

Yet despite all this, some remnants of native forests have survived throughout the country, remnants from which seeds have been taken to start several reforestations projects.

Our first tree nursery was set up in 1989 and since then, many others have been created either directly by us or by our Brazilian partners.

Nurseries necessitate a know-how gained through knowledge of the different forms of seed germination. This is a complex process which we learned to improve through many personal experimentations, enhanced through partnerships with forest engineers and native populations.

Today, attracted by our know-how, more and more locals wishing to reforest part of their areas call on us for information or technical assistance.  That is how many small, medium and big tree nurseries all over the country represent now an interesting « multiplying effect ».

Reforestation constitutes one of the major axes of Nordesta’s actions and has been at the origin of several successful projects.

Planting nurseries in villages is the first step toward the future reforestation of damaged areas.

Besides its fundamental impact on the environment, these structures we have created generate permanent employment and up-and-coming jobs for villagers who work under the direction of agricultural technicians.

In addition to the reforestation itself, nurseries also serve as pedagogical aids for the whole population, notably by the organising of conferences or the editing of posters conveying information which helps to:

Nordesta Reforestation & Education has set up important projects born directly from the development of nurseries. 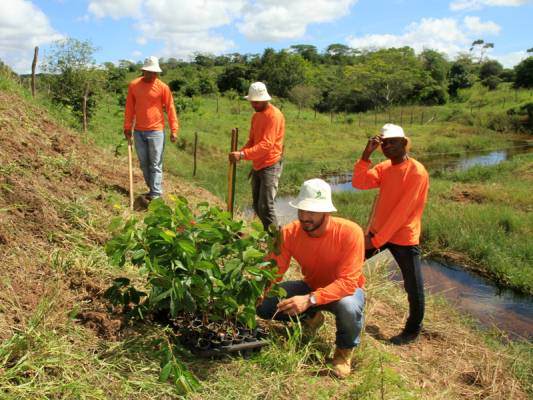