The mountainous region called “Chapada das Mangabeiras,” located in the south of the Amazon, is home to the Hyacinth Macaw, one of the largest parrots in the world. Even today, its most significant population survives in this region.

However, there is an increasing threat to this remarkable bird, mainly due to the depletion of native palms whose fruits and kernels constitute its essential food. This forces the Hyacinth Macaw to look for nutritional replacements containing less oleaginous matter, thus diminishing its immune system and therefore accelerating the decrease of its population.

The awareness and collaboration of the local population allow the project to be sustainable and to see the number of Hyacinth Macaws increase. The objective is to remove this bird from the “Red List of Threatened Species” established by the International Union for Conservation of Nature (IUCN).

Why protect the Hyacinth Macaw?

It is the only animal capable of breaking the tough nuts of these particular native palms, such as the “Naja,” thus ensuring the dispersion, propagation, and survival of these palms.

But, apart from this utilitarian aspect, the Hyacinth Macaw must be protected because it plays a vital role in biodiversity, which leads to the true richness of our planet. 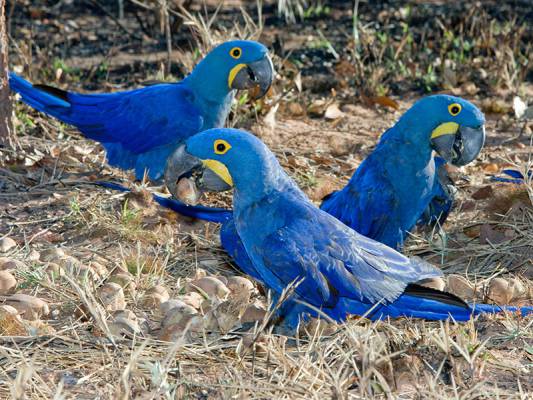